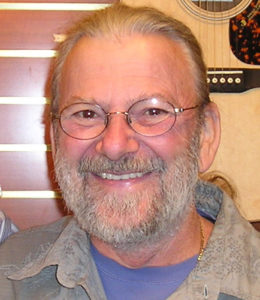 Until the late 1960’s, if an independent North American builder discovered something new, he usually kept it secret. For early builders, lutherie was not an art: it was a living. As a result, innovative techniques died with their inventors. This pattern changed when Montreal-born Jean-Claude Larrivée, a former automobile mechanic, became a luthier.

At first, Larrivée made classical instruments. However, the demand created by the rock and folk-music explosion of the time prompted his shift to steel-stringed acoustic guitars. Larrivée’s classical background is obvious in the style of his guitars. The Larrivée body has rounded shoulders, a thin waist, and a broad belly, features that ever since have distinguished most Canadian acoustic guitars.  The sound of the Larrivée guitar is very bright and very loud. But the big thing is that it’s very balanced. With any one of these guitars, even down to a dreadnought, you can walk into a recording studio and virtually just sit down and play without any major EQ. They can put the board in virtually a flat response and have no problem whatsoever. That’s what makes the guitar so unique.

Larrivée’s courage in technological innovation, his attitude toward sharing secrets, his extremely talented apprentices, and the support of the Canadian music world combined to put Canada permanently on the map as a respected and established member of the international community of lutherie.

Click HERE to read an article by Zak Morgan about Jean.